The 19th century saw the rise of ornamental gardening as a popular recreational pursuit for the middle classes. The prominent use of pots and containers for displaying plants became a major feature of this time both inside and outside the home. 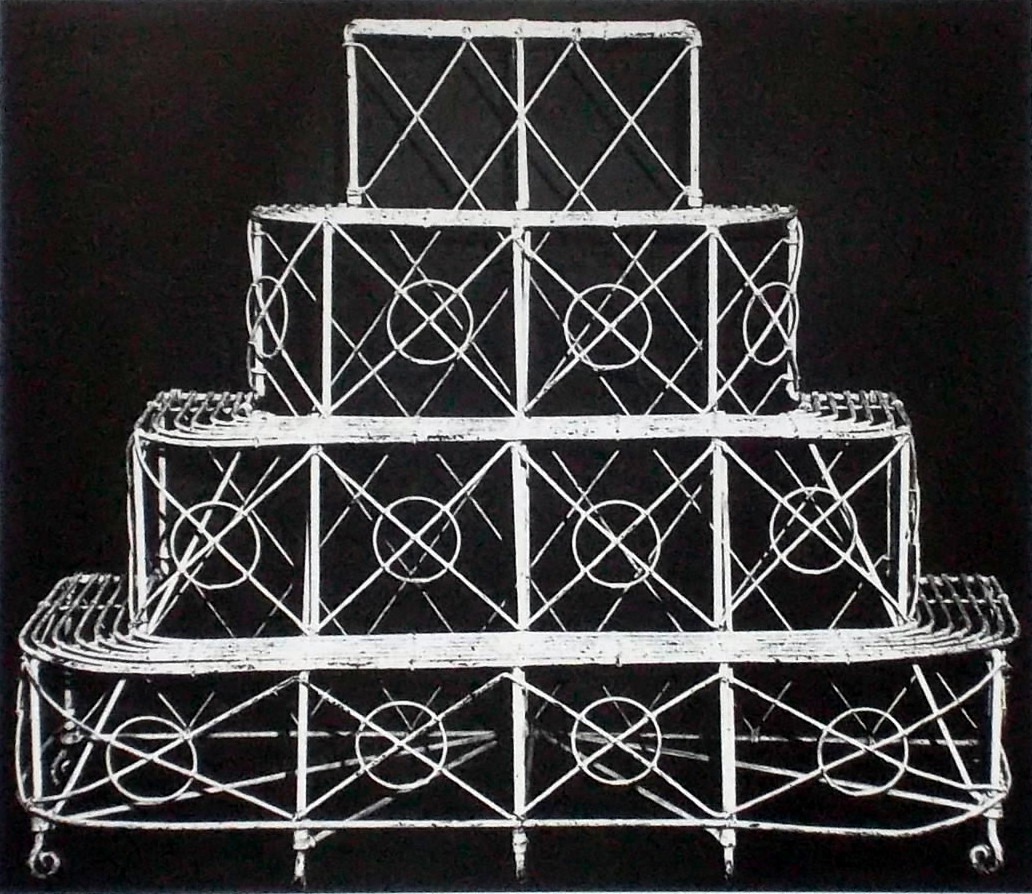 The popularity for growing plants in pots led to to the development of display stands to show them off. Ornate metal plant stands first found popularity during the early years of the 19th century but became increasingly popular from the 1840s up to the early years of the following century. Sometimes home owners maintained the display while in more wealthy homes the gardener was responsible for the watering and care of the pot plants on these stands.

Plant stands had been popular with the wealthy in the 18th century and were made of metal or ornate stone such as marble. Improvements in metallological techniques during the Industrial Revolution saw cheaper products being made. Light weight wire-work stands became popular and were commonly found positioned in conservatories, ferneries or on verandas. Most stands were sold through the newly established department stores. Surviving department store catalogues attest the the large range of designs and sizes available.

These days original examples are rare, and if found are often in need of repair. Most surviving original wire work stands show the effects of rust damage, and this is especially true in humid areas close to the sea. Conservation work should be done by someone who appreciates the historic qualities of these pieces as an over restored piece will just look like a brand new reproduction stand.

After the First World War wire work plant stands were perceived as old fashioned and ceased to be sold by retailers. Nostalgia for these items has seen the production of reproduction wire work stands based on original designs. Often these copies fool buyers at auctions or in antique shops, believing that their new purchase is an original.